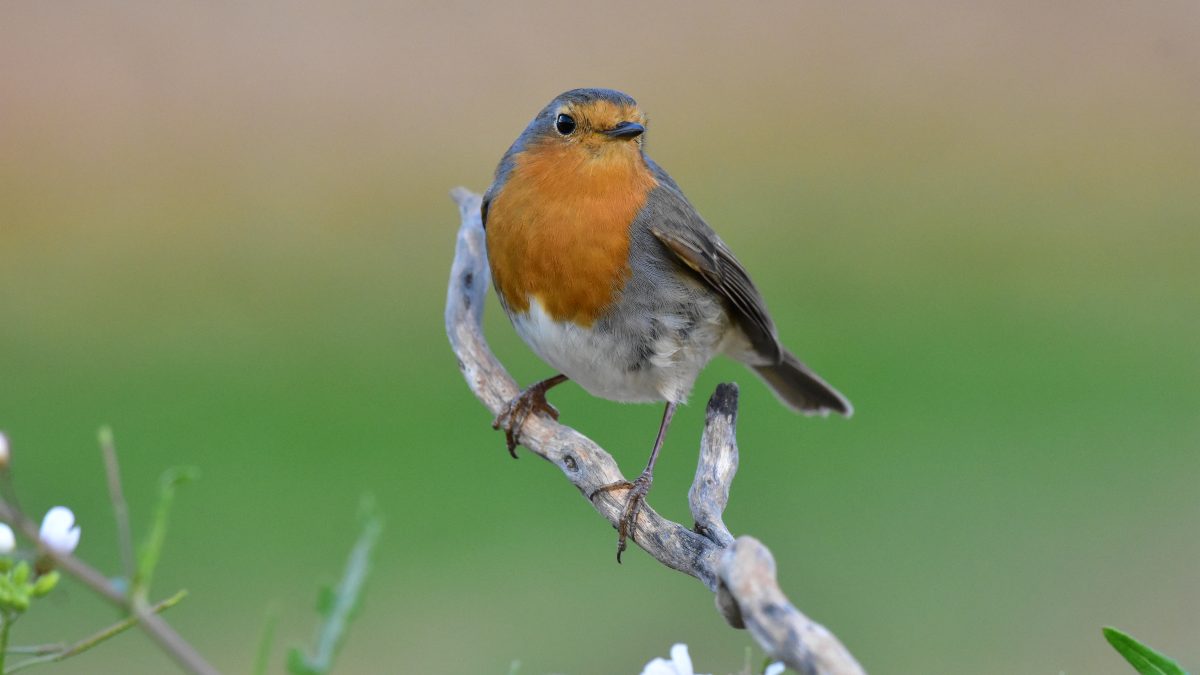 Europe’s birds breed in spring, and by autumn, they travel from their breeding ground to their wintering ground. With the onset of autumn, various birds visit the Maltese Islands, whilst on their journey, directed further south. The majority of birds winter in Africa, however there are other species that spend their winter in the south Mediterranean. This time of the year is one of the best to encounter such birds, especially in the countryside, which is abundant in Dingli Cliffs.

Amongst the bird species that fly over the Maltese Islands for the winter is the Robin (Erithacus rubecula, Pitiross). The small bird, which only weighs about 19grams, is territorial, and thus it often takes up residence in a patch of land to defend it against other robins. Its distinctive orange breast and melodious song has evolved so that the robin can maintain its territory. Often, year after year, the robin returns to its same territory. The bird often arrives at the end of September and stays through March. Whilst some stay for the summer in woodland areas with a sufficient water supply, the robin doesn’t breed in the Maltese Islands.

Another wintering bird, small in size as the robin, is the Stonechat (Saxicola torquata, Buxaqq tax-Xitwa). This colourful bird is named so in Maltese due to its raspy call. The bird is often spotted in open areas and cultivated fields. As a common autumn migrant, the stonechat often arrives in the Maltese Islands at the end of autumn and remains until March. Similar to the robin, the stonechat often returns to its same wintering spot. The Song Thrush (Turdus philomelos, Malvizz) is another common bird that spends winter in Malta. Its short call is often heard, especially in wooded areas and valleys. Whilst migrating song thrushes fly over the Maltese Islands in October, only few overwinter in Malta until March. Snails often form part of the diet of the song thrush – the bird smashes them against the ground with a flick of the head.

These three bird species have several common properties, particularly because they come from the same order and can be described as passerine birds, since the arrangement of their toes facilitates perching. Moreover, these small birds, have similar feeding patterns since feeding mainly takes place from the ground. In fact, they may be seen on the ground in search of food including, insects, worms and seeds.

These birds, and other species that breed, visit or winter the Maltese Islands can be seen along the trail of the The Cliffs map. The best spot to watch birds near Dingli Cliffs is the Clapham Junction area, which overlooks Buskett Gardens. This is one of the landmarks along The Cliffs Trail map, and one of the spots visited in the FREE guided tours, organised by the Centre. More information here.