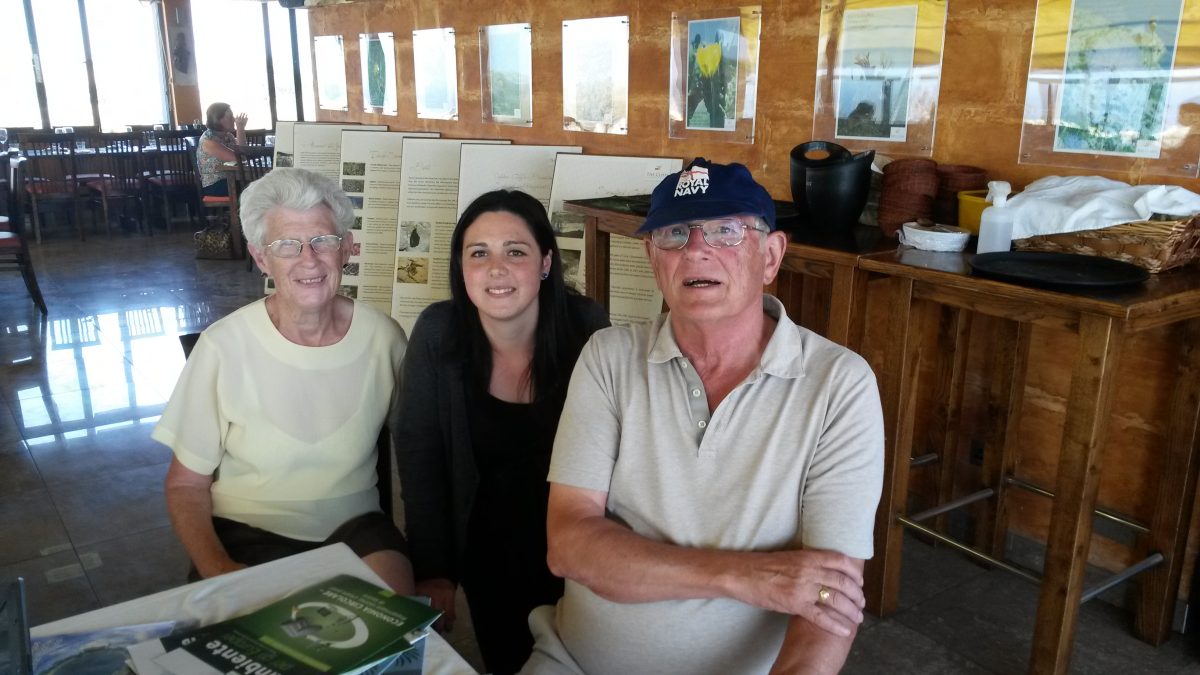 Within a span of a few days in the last week of May 2016, two retired British servicemen who used to work in the Maltese Islands visited The Cliffs Interpretation Centre. It was really interesting to hear about Malta in the 1960s and the work they were involved in.

The 1960s was a crucial time for the location of The Centre, since the TACAN, the older part of The Cliffs Interpretation Centre was built during the time to serve as a Tactical Air Navigation System.

The Islet of Filfla before becoming a Nature Reserve

Richard Pearce remembers that he first visited the Maltese Islands in 1961 by the ship HMS Albion, which berthed at the Grand Harbour. The fighter-bomber took off from the Royal Naval Air Station (RNAS) at Ħal-Far armed with bullets for target practice. Within about a week, they fired at Filfla about 2 or 3 times from the Fighter-bomber called Sea Venom, which was based on board HMS Albion.

Such target practice occurred regularly by the British Royal Air Force and NATO Forces from 1941 to 1971, since from a distance the shape of the islet of Filfla looks like a ship. This small, barren, uninhabited island, which is found 5km off the coast is now only 6 hectares in area. Filfla became a bird reserve in 1980 due to three species of sea birds (European storm petrel, Cory shearwater and the Yellow-legged Gull) which breed there. On June 1988, Filfla became a Nature Reserve since apart from breeding birds, this islet is a host to several endemic species such as of that of the Filfla Wall Lizard, a type of door snail and a large wild leek.

The name ‘Filfla’ originates from the word filfel in Arabic, since the shape of the islet looked like a pepper. This name still evokes the initial form of Filfa, before human intervention completely altered this islet.