Look who came to visit The Cliffs: The Mediterranean Chameleon 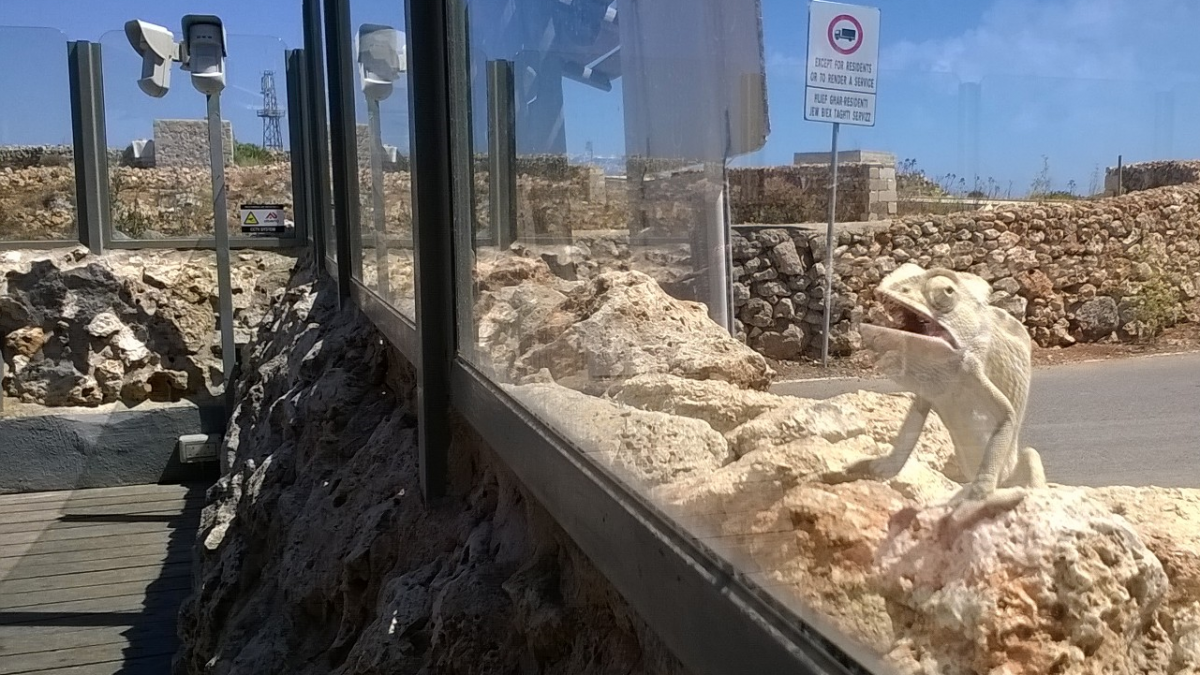 The Mediterranean Chameleon was introduced in the Maltese Islands in the 19th century in a private residence in St. Julians, but it then spread all over.
The Chameleon can grow up to 30cm and is can change its colours. The change in colour is not to camouflage itself but it changes its colour as a response to light and temperature and to express its emotions…the chameleon’s own body language! When in danger, it puffs up its body to appear fiercer!! The chameleon feeds on insects, and it has a full 360 degree arc of vision, meaning that its eyes can be rotated separately from each other.
Usually chameleons live in trees, with certain adaptations, for example, their feet grasp branches and they use their tail to maintain balance. The chameleon is solitary, but during the mating season, pairs may be seen. The female chameleons are often quite larger than the males, and larger females produce more eggs, so more males fight to win them over!! The female lays the eggs in the soil, so the chameleons descend to the ground to search for mates!
The photos show the two common habitats for chameleons in Malta (photos taken by staff of The Cliffs Interpretation Centre), living in trees such as the nearby Buskett Gardens, but also common in garrigue habitats, which is the most common type of habitat along the Natura 2000 stretch of Dingli Cliffs!