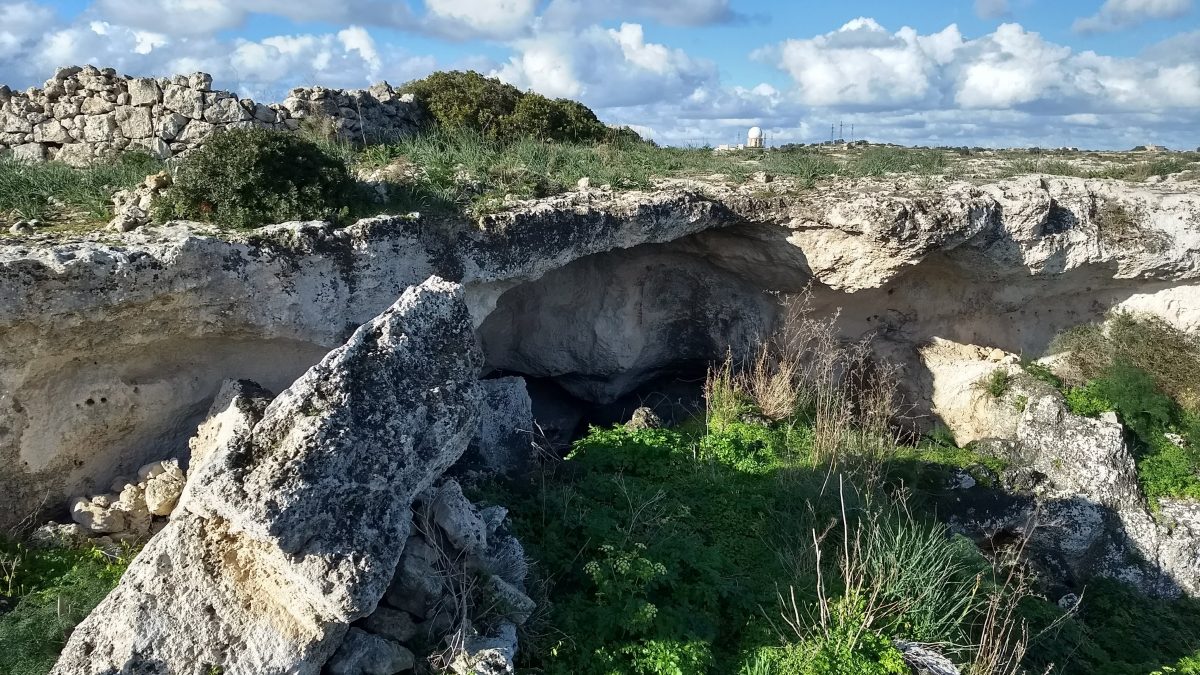 Throughout history, human populations have adapted to their natural environment for human habitation. In fact, the excavation of subterranean areas as caves and grottos has been quite a common occurrence throughout human history and the Mediterranean region in particular. The porous limestone found in many parts of the Mediterranean region and the lack of wood encouraged the adaptation of troglodytic forms of life.

The era with the greatest spread of troglodyte settlements throughout the Mediterranean is the Middle Ages from 500-1500AD, with the recognition that caves offer natural climate control, ease of carving, close proximity to agricultural fields and safety from pirates, amongst other factors. In fact, historical and documentary evidence points out that cave dwelling in the Maltese Islands was also popular during medieval times.

Perhaps, the best-known site for troglodytic habitation is Għar il-Kbir, not just one cave, but a complex of eight caves in two levels.  Misraħ Għar il-Kbir is very close to Dingli Cliffs, and commands impressive views over the majestic Verdala Palace surrounded by the semi-natural woodland of  Buskett. As a typical example of a karst feature settlement in Upper Coralline Limestone, Għar il-Kbir formed by the dissolution of carbonate rock by rainwater which led to underwater drainage and the formation of the underground cave. Today, the cave looks like a crater-like depression in the ground, because the  ceiling of the central cave collapsed.

It is still unknown when the first human settlement in the cave complex occurred, but most probably there is a long history. In the mid 16th century, troglodytes were established at Għar il-Kbir with over 117 people grouped in 27 families callingGħar il-Kbir their home. Evidence of cave dwelling abounds at Għar il-Kbir. Old rubble-walls are still present throughout the complex indicating their use to create distinct spaces as living quarters. Marks all over the walls, show that people used pickaxe tools to enlarge the cave. Other evidence of human habitation include rock-cut sleeping recesses, oven, loops (mrabat) along the walls and ceiling, shelves, and niches.

Anthanasius Kircher was a German scholar who visited the cave complex upon invitation by the Grandmaster of the Knights of St. John in 1637. He described the cave dwellers as vegetarians and devout Christians. There was division of labour, with men being farmers and shepherds and women preparing foodstuffs, e.g. baking and cheese making. Openings in the ceiling were man-made to let out smoke and allow ventilation, but their angulated position prevented the entry of rain and wind. The cave-complex even became a popular tourist attraction during this medieval time, with several scholars visiting the troglodytes and leaving written anecdotes of their visit.

By the early nineteenth century, the population continued decreasing, until the 1830s when the British government expelled the last cave dwellers and resettled them into the nearby villages, for sanitary or tax reasons. According to popular belief, the roof of the main cave was bombed twice to ensure that the site no longer remains available for dwelling. Misraħ Għar il-Kbir features in the trail map devised by The Cliffs Interpretation Centre, indicating that Dingli Cliffs and the surroundings offer a wealth of not solely nature and biodiversity, but even interesting historical remains!