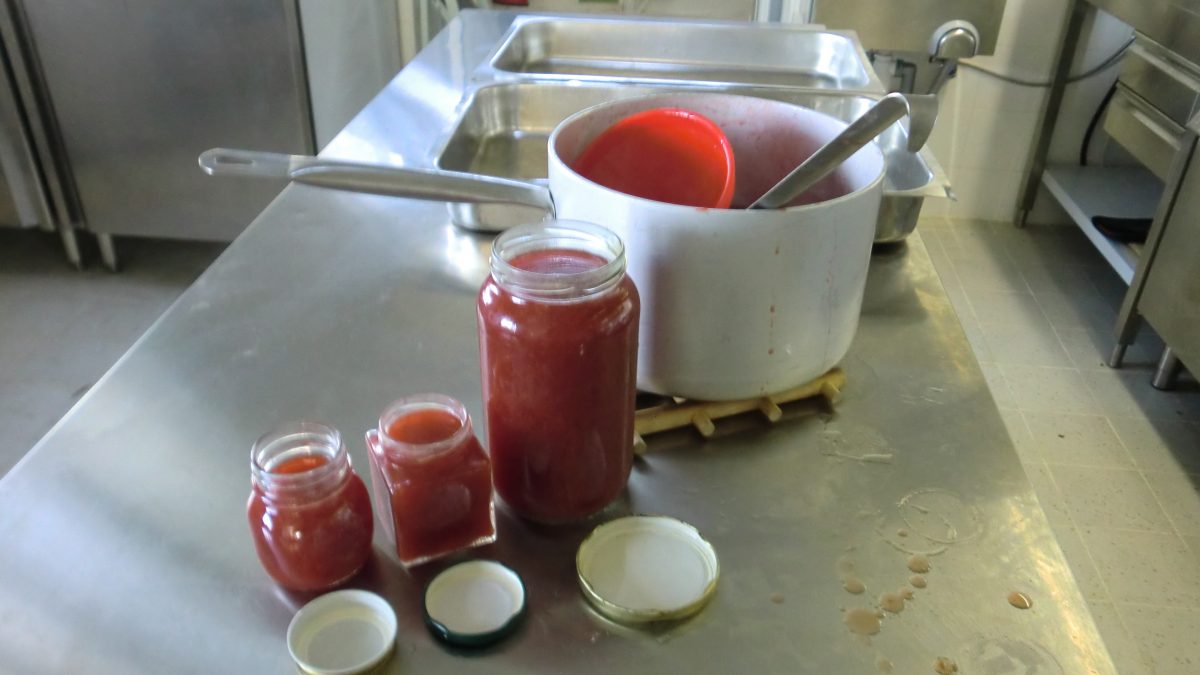 Gastronomy is often described as the study of food preparation and culture in a particular place. In its endeavour to promote innovative means of communication, The Cliffs Interpretation Centre has amalgamated gastronomy with the environment and socio-economic issues, whilst informing visitors about the culture and traditions maintained by the locals.

The habit of using wild edible plants and other local produce for culinary and medicinal purposes is alive in the local village of Dingli, but at a disappearing rate. Recording, preserving and instilling the knowledge of the use of local produce to future generations is crucial. From its inception, The Cliffs Interpretation Centre has been studying knowledge systems of past traditions, while incorporating them in its daily innovative means of communication. It also educates visitors on the importance of never uprooting plants, but cutting them, so that the parent plant remains.

In the Maltese Islands, there are around 1100 species of wild plants; many of them are not appreciated by locals and foreign visitors alike. The Cliffs Interpretation Centre has found a way of incorporating such local plants in its gastronomical education. Local food that are processed at The Cliffs Centre include the Borage, Wild Asparagus, Stinging Nettles, Wild edible mushroom, etc…, always depending on the season.

The Centre has always strived to revive past traditions such as in the use of local fruit like Prickly pear, Pomegranate, Azalore and the Quince. The Cliffs Interpretation Centre produces its own local chutneys, including the Prickly pear and Quince chutney. The quince fruit is often disregarded since it is not eaten raw and few are the quince trees that can be found locally. Hence, The Cliffs Interpretation Centre has explored such fruit and managed to produce a jam, which is high in natural pectin. The quince jam production at The Cliffs has also revived past traditions, since in the past, locals used to dissolve a teaspoon of the homemade jam into boiling water to treat tummy ache. The restoration of such a local tradition could only be made possible by the direct engagement The Cliffs Interpretation Centre has to the Dingli Cliffs’ agricultural land, where the quince trees grow.

Local animal husbandry and other products

Many of the current cultural traditions of the Maltese people are on the verge of being lost. The local cheeselets served at The Cliffs Interpretation Centre are bought from the only shepherd living in the area, whose livestock can still be seen foraging for food regularly at Dingli Cliffs. The miniature herb garden housed within The Centre promotes the use of local products in gastronomy. Whilst adding to the culinary value of local produce, the Centre also provides education of historical traditions. The Qannic, a ventilated box used to air dry local produce such as the local cheeselets, and which is found at The Cliffs Centre, is reminiscent of Maltese rural culture. A selection of jams and delicatessen products are also a reminder of past medicinal and culinary uses of local produce.

Using local products as much as possible, aids the socio-economic value of the Maltese Islands. The Centre empowers local employment both directly and indirectly. Apart from the staff that work at the Centre, the majority of which have links to the traditional village of Dingli, the Centre favours vitality and viability of local food producers. Traditional Maltese bread is bought daily from the local bakery while minor perishable items are also bought from grocers in Dingli. Many of the fresh vegetables are bought from Dingli farmers and agricultural producers, whilst the last shepherd roaming Dingli Cliffs produces the local cheeselets served at the Centre. Hence, the current practices at The Cliffs Interpretation Centre are also beneficial to the local economy.

Involving the main stakeholders making part of the surrounding landuses is one of our objectives at The Cliffs Interpretation Centre. This involvement of the major stakeholders within the area is also in line with the Habitats Directive which strives “to take account of the economic, social and cultural requirements and regional and local characteristics” (Habitats Directive 92/43/EEC)