Larva of the Maltese Glow-worm hiding under rocks 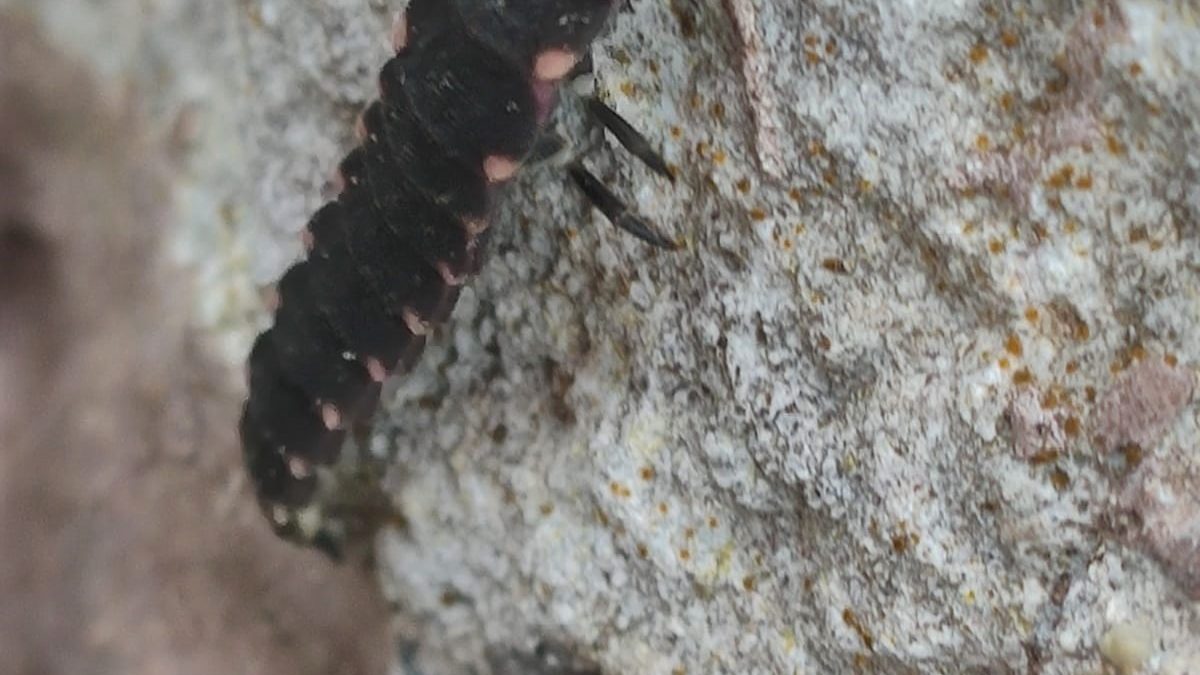 The firefly family of insects are well-known for their use of bioluminescence during twilight, between dawn and dusk to attract mates or prey. They are able to chemically produce green light from their lower abdomen with no infrared or ultraviolet frequencies. Moonlight affects the ability to view glow-worms in exposed areas, in fact on full moon nights, only the brightest glowworms in exposed colonies can be seen.
In the Maltese Islands, we have our own endemic type of firefly, called the Maltese Glow-worm (Lampyris pallida, Musbieħ il-Lejl). It has been recognised as endemic since the late 1980s. The glow-worm is the larvae of a type of beetle, often found in shady sheltered places, such as under rocks in garrigue habitats. Just two weeks after eggs are laid in a damp place, the tiny larvae, black with bright red spots all over the 12 segments, hatch. Sometimes, the larvae emit a weak light. Their preferred diet consists of snails and slugs. They inject a toxic digestive fluid in the snail to paralyse it, whilst still alive, and the poison turns part of the snail into a brown broth that the larva can feed upon.
The morphological difference between the adult sexes is large – the female remains larviform but the males have the shape of a typical flying beetle. Most often in early summer, whilst standing at a prominent position such as rubble walls or roadsides, the females emit a glow, which can be seen by males up to 45m away. The brightness of the glow is used by males to indicate female fecundity – the males are more likely to fly to a brighter female, meaning it is larger and hence has more eggs.
Around the world, fireflies depend on their own light to reproduce, and so they are very sensitive to light pollution.