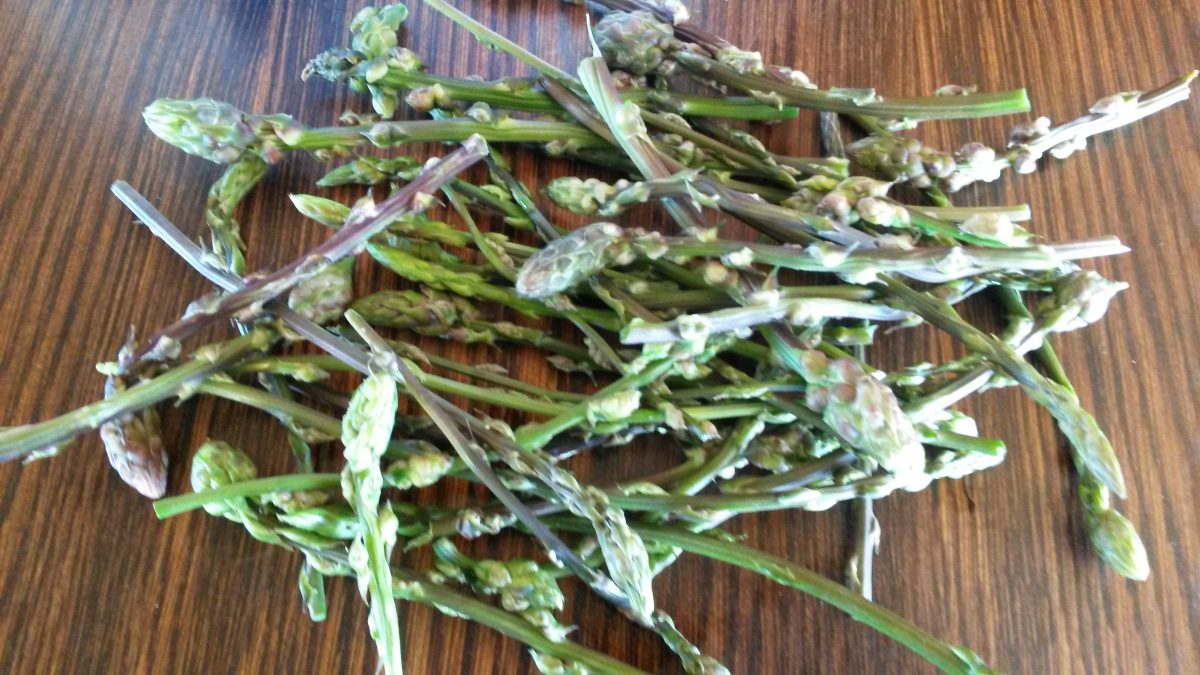 The Maltese Islands boast about 1100 species of wild plants, and amongst them is the Mediterranean Asparagus (Spraġġ Xewwieki, Asparagus aphyllus). This species is a wild relative of the cultivated asparagus, native to southeast and southwest Europe, north Africa and western Asia.

The Mediterranean Asparagus is adapted to the dry conditions of the garrigue environment in the Maltese Islands and it has found a way to adapt to the harsh summer months. The plant is branched and woody, with spiny shoots. This plant reduces its leaves to spiny scales.  It can be found in various types of landscapes including garrigue, maquis, along rubble walls, etc… Every year, from February to March, the Asparagus plant produces new stems that sprout vertically.

These young sprouting stems are edible, and hence may be harvested for culinary purposes. The slight bitter flavour of the asparagus is often the basis of several gourmet foods. The tender shoots can only be harvested when in season, since throughout the rest of the year, the wild asparagus is a spiny bush. Cooking with asparagus has been practiced since Ancient Egypt times, and the oldest recipe for cooking asparagus is found in the oldest surviving book of recipes, dating to the 3rd century AD. Other uses of the asparagus includes for popular medicine, and also as firewood.

One way of innovation that is practiced by The Cliffs Interpretation Centre is through the promotion of local produce both in gastronomy and in the organised free guided walks. In fact, when in season, the local wild asparagus is harvested from Dingli Cliffs area, cooked and served alongside to the seasonal specialities. In the free guided walks, participants also gain a hands-on experience of local products. During the walks, all visitors enjoy the panoramic Dingli Cliffs whilst seeing how wild plants grow and their culinary and medicinal uses.