Here comes the spectacle in the skies 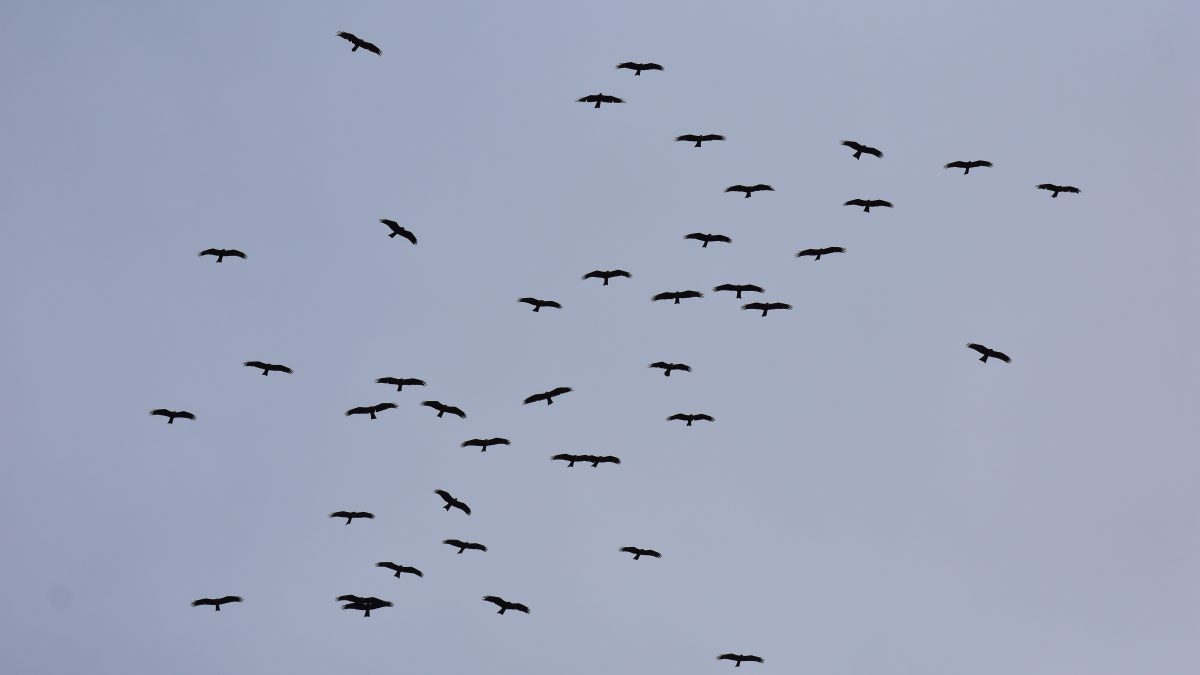 The autumn migration picks up in September and certain areas in Malta become ideal spots to watch birds of prey that gather in the sky and hover over particular areas. One of the best spots to watch such migration is the woodland of Buskett, found circa 2km from The Cliffs Interpretation Centre. The wooded area of Buskett provides food and shelter for birds to roost overnight before continuing on their way.

Typical species that visit the Maltese Islands during the autumn migration include Honey Buzzard, Hobby and the Marsh Harrier. The Honey Buzzard (Pernis aviporus, Kuċċarda) is another migratory raptor which soars using hot air currents. Sexes can be identified by the plumage since males have a blue-grey head while females’ head is brown. This buzzard is a specialist feeder, which preys on larvae of wasps, small mammals and even other birds. The Eurasian Hobby (Falco subbuteo, Seqer tal-Ħannieqa) is a falcon, with long pointed wings and square tail. This bird of prey feeds on large insects and small birds, which it transfers from its talons to the beak and eats whilst soaring. The Marsh Harrier (Circus aeruginosus, Bagħdan) is the largest harrier with the shortest tail, which spends much of its life hunting around marshes for waterside birds and animals.

During the autumn migration, migrating birds travel from Europe to Africa, their wintering ground. In the Mediterranean region, these birds use three main travel routes (flyways), namely crossing between Spain and Morocco, Italy and Tunisia, and Israel and Egypt. Malta is spatially close to the central flyway, and that is why migrating birds may be watched.

Another migrating birds of prey is the Black Kite (Milvus migrans, Astun Iswed), a regular migrant, which is often common in autumn. This bird spends a lot of time soaring in the skies in search of food. Its forked tail is easily distinguished, together with the brown upper plumage and pale head. In the Maltese Islands, the Black Kite is usually seen in singles or small flocks, however on 7th September 2016, one of the biggest flocks in Malta’s ornithological history was recorded in which over 55 Black Kites flew over Buskett to roost.

Autumn migration often starts in mid-August and ends in early November, with peak numbers recorded between mid-September and early October and birds of prey as especially observed in the afternoon.