Goals of sustainability 2:
Conservation and protection of the environment 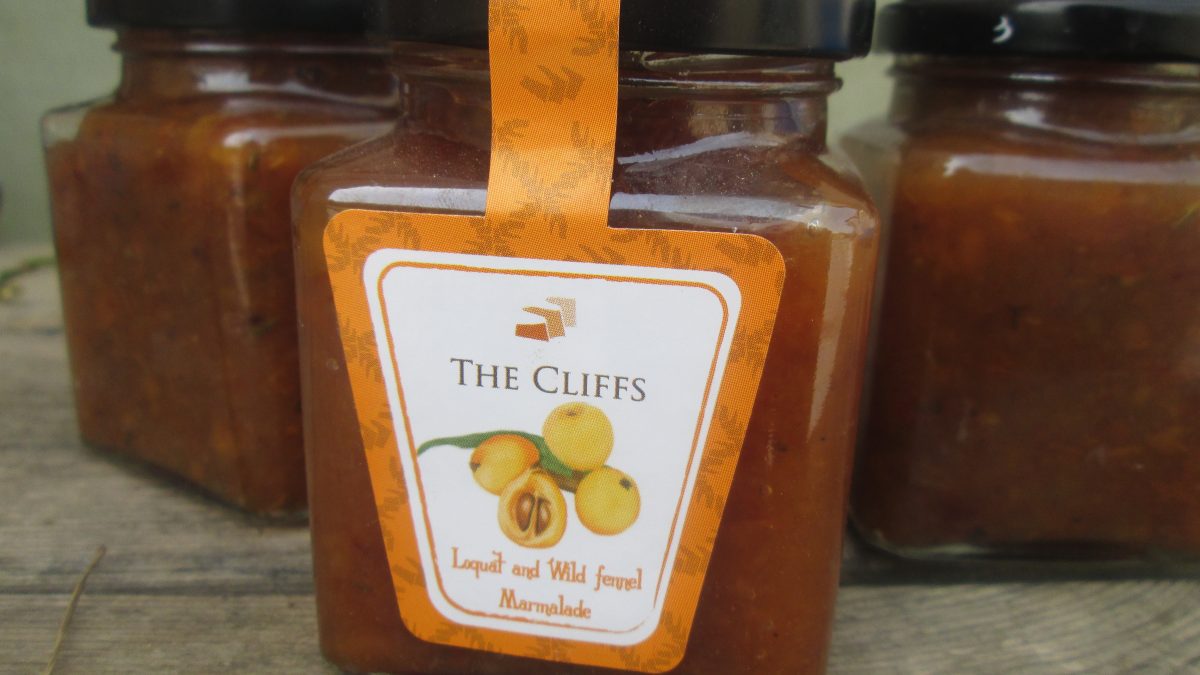 Human life and livelihood rely on healthy ecosystems, which ultimately protect the planet. Terrestrial ecosystems are crucial contributors to biodiversity with the provision of a myriad of ecosystem services. Open green spaces provide clean air, combat biodiversity loss and mitigate against climate change.
The 15th Sustainable Development Goal, which focuses on life on earth, goes beyond conservation of the environment and is directed towards the sustainable management of natural resources. SDG 15 aims to “Protect, restore and promote sustainable use of terrestrial ecosystems, sustainably manage forests, combat desertification, and halt and reverse land degradation and halt biodiversity loss”.
The environment has a high priority on the agenda of The Cliffs Interpretation Centre. The environmental dimension that is promoted in SDG 15 is also aligned to the work of The Cliffs Interpretation Centre.
The Centre is located in a Special Area of Conservation and makes its utmost to create awareness on the protected land area in terms of the designated habitats and species. The designated SAC is the largest of the Maltese Islands, supporting thirteen different habitats including vegetated sea cliffs, salt meadows, salt steppes, garrigue, steppe, cliff communities and forest. Numerous endangered species of flora and fauna are also found especially in cliff and garrigue habitats.
The Cliffs Interpretation Centre is identified in the Natura 2000 management plan of the SAC as an educational site due to its community and conservation services, and for its role in lobbying for conservation management of the site. The Centre is also a major stakeholder at Dingli Cliffs, striving to ensure a continuation of informative educational services on the surrounding areas’ natural and cultural heritage in relation to environmental management. Through several means, The Centre helps the public to appreciate the importance of conserving the surrounding protected area. Several landusers of Dingli Cliffs were brought together by The Cliffs Interpretation Centre, ranging from farmers, landowners, visitors, hunters, trappers, locals, etc…
The Centre records, preserves and instils knowledge systems related to the use of local produce for both conservation and education. Some of the 1100 species of wild edible plants and semi-wild fruits are processed at The Centre according to the season. Tackling biodiversity loss is also indirectly considered since The Centre promotes the cutting and not pulling out of plant species, hence the parent plant may be retained for further propagation.
The Cliffs Centre is not a non-governmental organisation, but it is a self-sufficient entity based on conservation and management. The Cliffs Interpretation Centre has maintained its autonomy, it doesn’t ask for financial capital to continue preserving the environment. The following quote by Edward de Bono, in his latest published book ‘Thinking To Create Value – Bonting’ (2016), is very relevant to the way of looking at an idea and challenging it. “‘Challenge’ means looking at a satisfactory idea, and then blocking that idea hence making room for other ideas. It is very important to realise that challenge is never directed at ideas that are wrong or inadequate, but at the best and strongest ideas. Challenge never suggests that an idea may be wrong. Challenge suggests that there may be other ideas which are blocked by excellence of the existing idea. That idea may be excellent and possible also the best one, but for the moment we will challenge it in order to see if there might be other, even better ideas”.