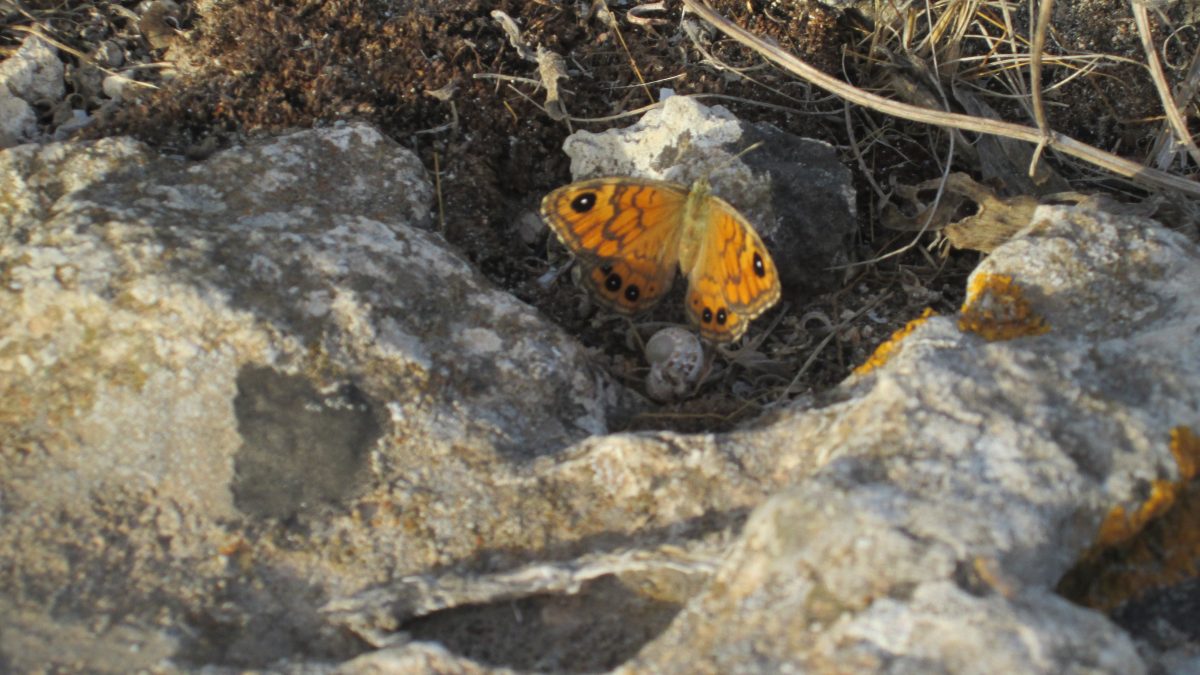 Colour, pollination, delicate. Three words describing butterflies and their important role in the ecosystem. In the Maltese Islands, there are about 23 species of butterflies, and one of them is endemic. Some of the butterfly species are migratory, others reside in the Islands and the status of some of them is threatened.

Amongst the most common butterflies in Malta is the Cabbage White (Pieris rapae), which often lives in open spaces. The caterpillars of this butterfly often feed on the cabbage, in fact in Maltese the butterfly is known as ‘Farfett tal-Kaboċċa’. This butterfly is a well-known migrant, in fact, in Malta it is most often encountered in spring and autumn.

Another common butterfly is the Wall Brown (Lasiommata megera, ‘Kannella tax-Xemx’) which is often seen basking on bare ground with wings two-thirds open. The wall brown is an avid nectar feeder, which feeds from any available flower. The Painted Lady (Vanessa cardui, ‘Farfett tax-xewk’) is another butterfly which often migrates in large numbers. It often feeds on the nectar of thistles, borage and mallow flowers.

Perhaps the most special butterfly that we may encounter in the Maltese Islands is the Maltese Swallowtail (Papilio machaon subs. Melitensis, Farfett tar-Reġina), because it is endemic. This butterfly has an impressive wingspan around 8cm, and it relies on the fennel plant as food plant. Populations of the swallowtail have remained stable throughout the years since the wild fennel is common. This butterfly produces tree broods each season, and is seen in flight between February and November.