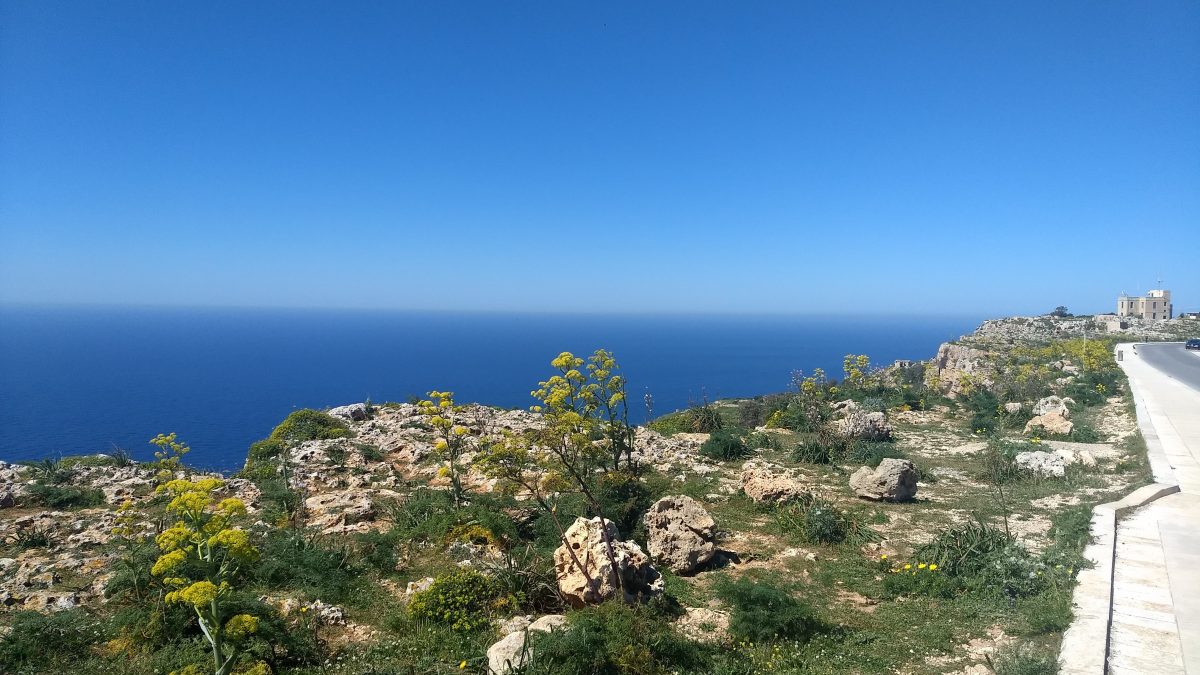 The Cliffs Interpretation Centre is located within the largest Special Area of Conservation in the Maltese Islands. The most typical terrain is dominated by karstic plateaux, which forms relatively flat bare rock, composed of the Coralline Limestone landscape and bounded by escarpments.

Much of the natural vegetation of the plateaux consists of garrigue vegetation, which is the main natural habitat in Malta. The landscape seems barren and the word “Xagħri” in Maltese, comes from the Arabic ‘sahra’, to refer to the arid conditions of the Sahara Dessert. However, over 500 indigenous plant species can be found in garrigue habitats. Each community has its own variety of plants, rendering it unique. Garrigue vegetation is highly adapted to the typical climate of the Maltese Islands. Leaves are drought-resistant, small and needle-like to reduce water loss. Many of the herbaceous shrubs are aromatic and oil is exuded to act as a waterproof film. Perennials are evergreen throughout the years, while annuals survive the harsh summer months as seeds or bulbs under the soil surface.

One of the priority habitats listed in the Natura 2000 Draft Management Plan for the SAC “Rdumijiet ta’ Malta” is the Thermo-Mediterranean and pre-desert scrub, which occupies 9.9% of the SAC and occupies a variety of landscapes such as the karstic plateaux. Typical vegetation that is found in such habitat is the Wild Thyme (Thymbra capitata), Yellow Kidney Vetch (Anthyllis hermanniae), Mediterranean Heath (Erica multiflora) and Tree Spurge (Euhorbia dendroides). Several of such species can be found depicted in The Cliffs Trail Map, produced by The Cliffs Interpretation Centre.