Flying mammals in a cave 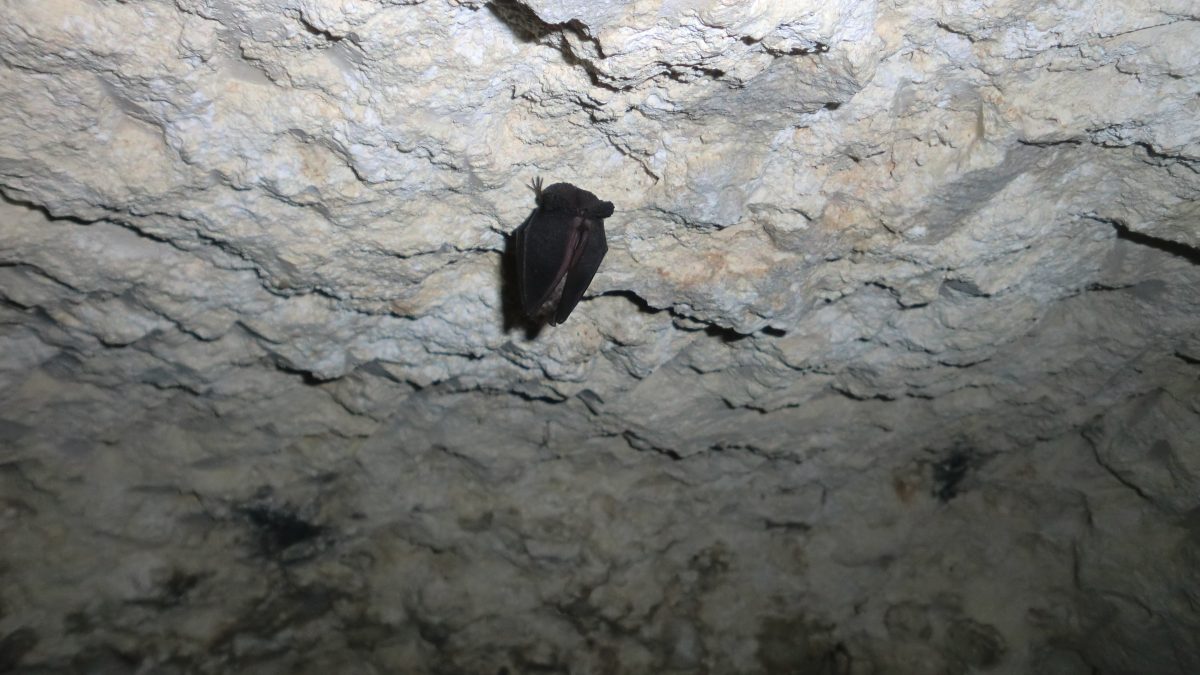 The Maltese Islands are home to seven species of bats whilst five other species are irregular migrants. Bats are often found in caves, however the disturbance of their habitat, and direct acts of aggression and capture, have led to decreased numbers in the Maltese Islands.

Unfortunately bats have often been associated with darkness and black magic since they often come out of their roosting habitat after sunset to look for food. However, the presence of bats is advantageous to humans, since most often, bats eat insects that are harmful to humans and to agricultural practices, or feed on decaying fruit. Bats with elongated snouts collect nectar from plants before moving to other plants and hence aid the process of pollination. In the Maltese Islands, all local bat species are insectivorous.

The Lesser horse-shoe bat, Maghrebian bat, Grey long-eared bat, Savi’s pipistrelle, Kuhl’s pipistrelle, Common pipistrelle and Soprano Pipistrelle are the seven species of bats that reside in the Maltese Islands. Each bat is able to eat about 20,000 moths every night, rendering them more effective than insecticide sprays. All are protected by the Environment Protection Act and the EU Habitats Directive.

Bats court and copulate during autumn whilst they undergo short periods of sleep during winter. When temperatures get warmer and insects are available, the bats wake up and pregnancy is effected.

The Lesser Horse-shoe Bat is one of the smallest bats, which mates from late summer to early autumn. The offspring, which is born between May and June, becomes independent after a maximum of six weeks, with roosts being individual and solitary. Caves within the Dingli Cliffs are perfect roosting spots since this species often prefers fresh water, present in the area through the upper water table. Most of the cliffs are sheltered from the prevailing north west wind too, leaving ample time for bats to continue feeding even in windy days. Another sub-species that has been identified in the Islands is that of the Rhinolophus hipposideros minimus or the Lesser Horse-shore Bat (Rinolfu żgħir/Farfett tan-Nagħla ta’ Żiemel Żgħir), which is smaller than its European relative. The Cliffs Interpretation Centre identified an individual of this sub-species in March 2013 in the Dingli Cliffs area, confirming that this species does inhibit the cliffs areas. This was later confirmed by John J. Borg, curator of the National Museum of Natural History.