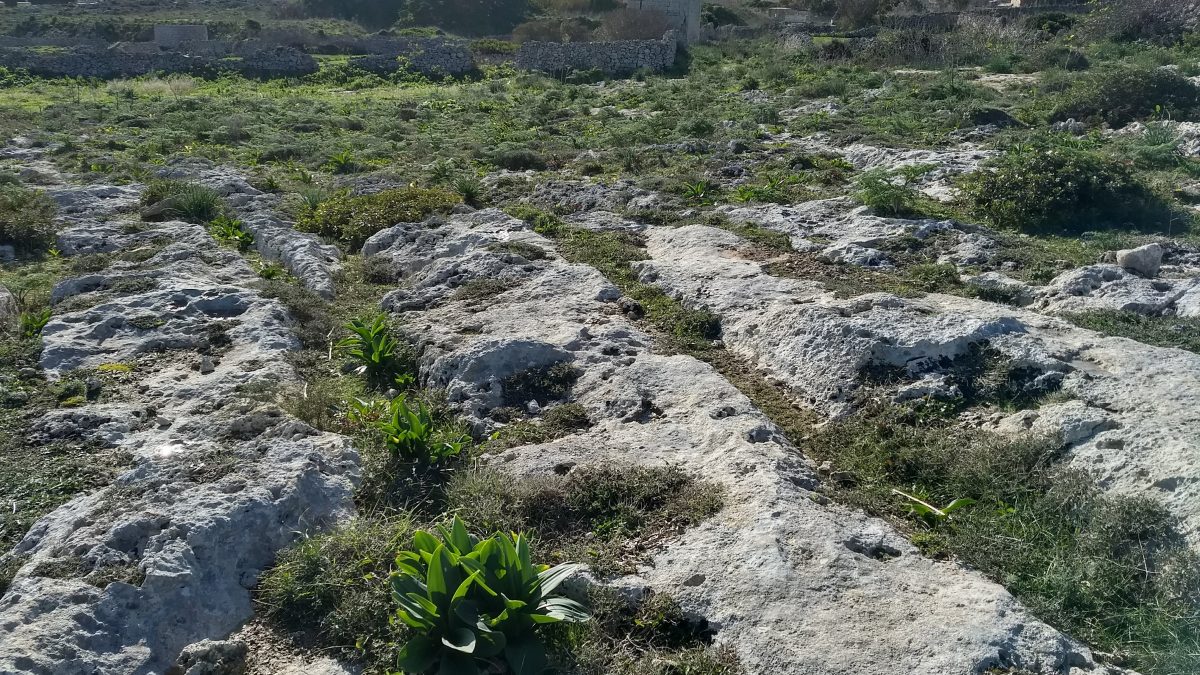 Dr. Trump’s career in Malta spanned sixty years, including excavations at Ġgantija Temples, Skorba and the Xagħra Circle. Between 1958 and 1963, Dr. Trump was also Curator of the National Museum of Archaeology in Valletta. During this time he used carbon dating to discover two new phases of Maltese prehistory linked to Skorba.

Dr. Trump published several books on Malta’s Archaeology. Malta is rich in its unique archaeological heritage, with a timeline starting from around 5200BC. Malta’s megalithic temples are the world’s oldest free-standing temples. Skorba, excavated by Dr. Trump, was occupied long before the temples were built and date back to about 4850BC.

Closer to Dingli Cliffs and one of the landmarks of The Cliffs Trail map by The Cliffs Interpretation Centre is the area of Clapham Junction, the most well-known of about 120 sites in the Maltese Islands where cart-ruts can be noted. David Trump had believed that the cart ruts, parallel grooves cut out of Malta’s rock, date back to the late Bronze Age to circa 1000 BC. In the same area, datable Punic tombs have been found cutting through the cart ruts, showing that the tombs were dug out when the ruts had already been present in the area. Another nearby zone that offers the possibility of turning back time is the promontory of Wardija San Ġorġ with its remains of a troglodytic wall and several silo pits.

Visiting such archaeological sites, such as through The Cliffs trail map – which highlights these sites – will continue to increase awareness of Malta’s rich pre-historical heritage.