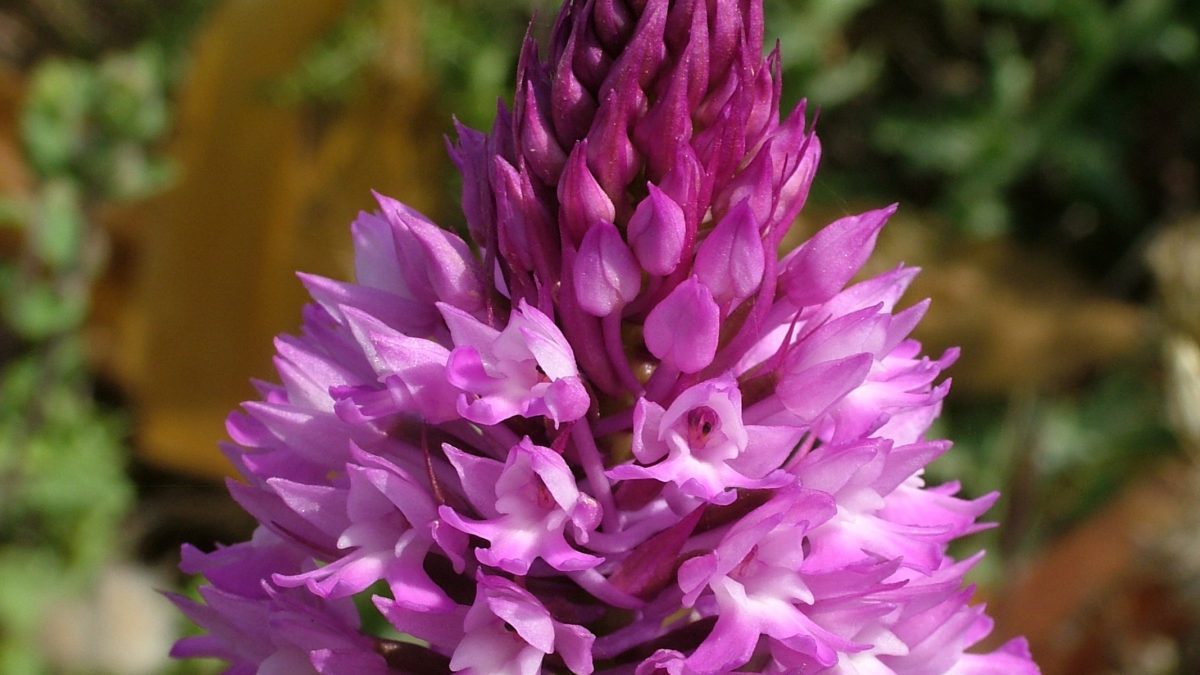 There’s more to the exotic orchids than meets the eye. Orchids are one of the world’s most adored and refined flowers, which have fascinated human kind throughout history.  The real and imagined qualities of orchids are reflected in the folklore of many cultures. The ancient Greeks gave the orchid its name because of the shape of the twin bulbous roots, “orkhis” literally means “testicle”, so the flowers became to be associated with fertility and virility.

The Orchid family is large and diverse, making up the largest group of blooming flowers, with over 28,000 different species existing naturally.  Orchids have evolved complex mechanisms to achieve cross-pollination, hence the chances of being pollinated are often scarce. Orchids may produce a strong scent, produce nectar, use visual pattern or mimic insects to attract pollinating insects.

Over 40 orchid species are known to occur in the Maltese Islands, and the latest to flower is the frequent and indigenous Pyramidal Orchid (Anacamptis pyramidalis, Orkida Piramidali/Ħajja u Mejta) which blooms from mid-April to June. As other orchids in Malta, it survives the summer in the form of bulbs and seeds.

The erect pyramidal shaped flower stalk of the Pyramidal Orchid grows directly from the underground rhizomes and bulbs.  Numerous closely-packed purple flowers are produced, whereby the bottom flowers bloom first, forming a pyramidal flower head of blooms.This orchid is native to south-western Eurasia, with a habitat range from western Europe, to the Mediterranean and as far east as Iran. In the Levant, a type of flour, called salep is made from the tubers of the orchid, often consumed in beverages and dessert and as medicine.

Flowers are pollinated by butterflies and moths, such as the Cabbage white butterfly species. The flower has flaps to aid pollinating insects to find the aperture leading inwards and the pollen becomes attached to the proboscis, the elongated sucking mouthpart, of such insect pollinators. This plant’s scent varies throughout the day. When smelled in the morning, it has a sweet vanilla scent to attract pollinating butterflies, but in the evening, the smell turns to musky/goat-like to repel moths! Another orchid species which similarly appears like the Pyramidal Orchid is the Anacaptis urvilleana, Maltese Pyramidal Orchid (Orkida Piramidali ta’ Malta), actually an endemic plant. The only differences are that the latter’s flowers are lighter pink coloured, it is scarcer and it flowers in late winter (end of February).