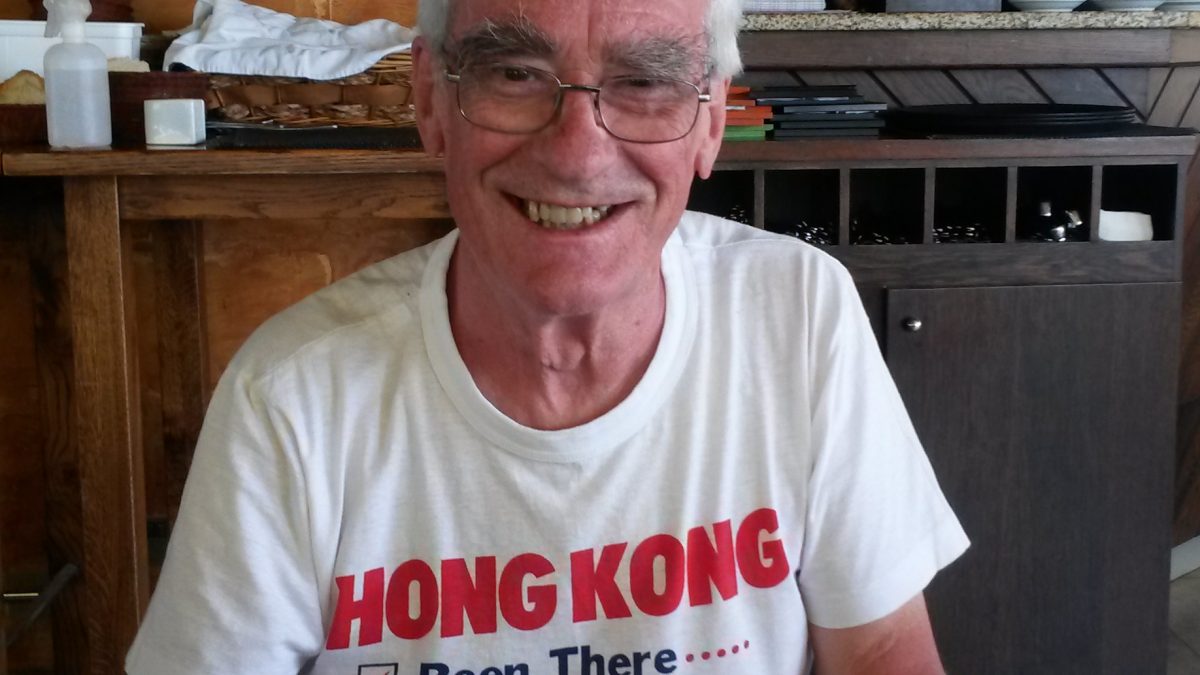 Two retired British servicemen visited The Cliffs Interpretation Centre within a span of a few days in the last week of May 2016. They used to work in the Maltese Islands in the 1960s, the same time during which the TACAN building was constructed. The building was left in the 1960s and became dilapidated until The Cliffs Interpretation Centre was built within the already committed site of the TACAN. The generator room used in the 1960s is still in place as the Centre’s lecture room.

Mr. Arthur Garnet James Little first came to Malta in 1961, and stayed for 20 months in the Islands. He also worked in the Islands in the islands from 1968 to 1970. He arrived via the anti-aircraft frigate of the British Royal Navy on HMS Suprise, which was in commission from 1946 till 1965. The ship was used by Queen Elizabeth II, and HMS Surprise contained two boars and two cars on board, for the Commander-in-Chief Admiral’s use.

When not on board the HMS Surprise, the work onshore was at the Lascaris Communication Centre, who was taken over by NATO to intercept Soviet submarines in the Mediterranean. The work was based on identifying flashing lights and decrypt codes. Mr. Arthur Garnet James Little remembers that working with the NATO was a pleasant life, due to the duty-free cigarettes, spirits and coupons for petrol.

Margareth, his wife, remembers Malta as primarily characterised by her pushing the pram around. One of their children was born in the Royal Navy Hospital Mtarfa, which was a former British naval hospital.

Playing squash and snorkelling were among the hobbies of Mr. Arthur Garnet James Little, also known as Tiny Little by his colleagues. He is nowadays the Chairman of the Lascaris-Malta Association, an association formed to re-unite Communicators who worked at the Communications Centre in Lascaris buildings.