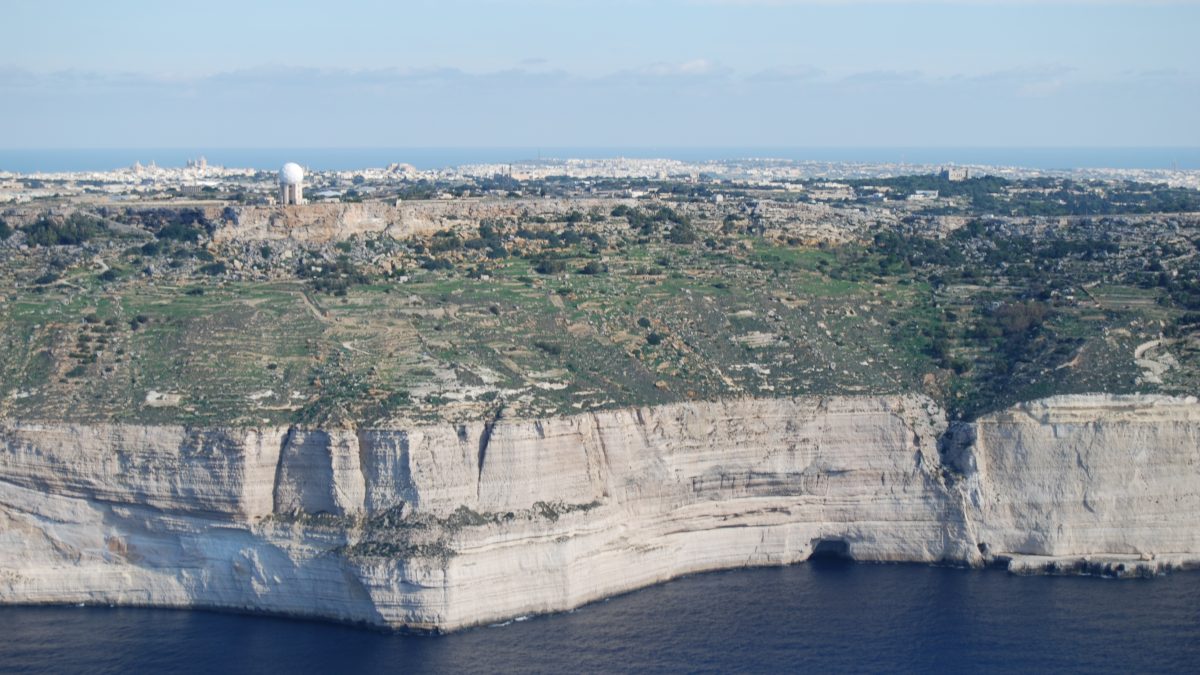 The soft marls of the Blue Clay can be seen along the coastline of the Maltese Islands as either exposed close to sea-level or else within the five rock layer sequence.

Perhaps the most well-known of the exposed clay slopes is the Qarraba headland, found within the same Special Area of Conservation as Dingli Cliffs, and The Cliffs Interpretation Centre. Il-Qarraba is composed of an Upper Coralline Limestone cap rock, and Blue Clay which extends to sea level.

At Dingli Cliffs, the Blue Clay and the Globigerina Limestone separate the two-tier vertical cliffs characterised by the Upper and Lower Coralline Limestone. Soils derived from the Blue Clays are often recognised by their clayey characteristics and deep cracks which occur especially during the dry summer months. Such soils can be found in the north of the SAC of coastal cliffs from Ġnejna Bay, further south to Dingli Cliffs and reaching the coastal sections of Siġġiewi. Nowadays, the large stretches of the clay talus are uncultivated, however evidence from 1920s photographs indicates that Dingli Cliffs used to be divided into terraced fields till the lowest extent possible. Thus, in the past, the local community was actively involved in the management of the fields down Dingli Cliffs. The Cliffs Interpretation Centre focuses on promoting the area due to its environmental value and agricultural potential, even in the latest updated FREE tours (More information here)