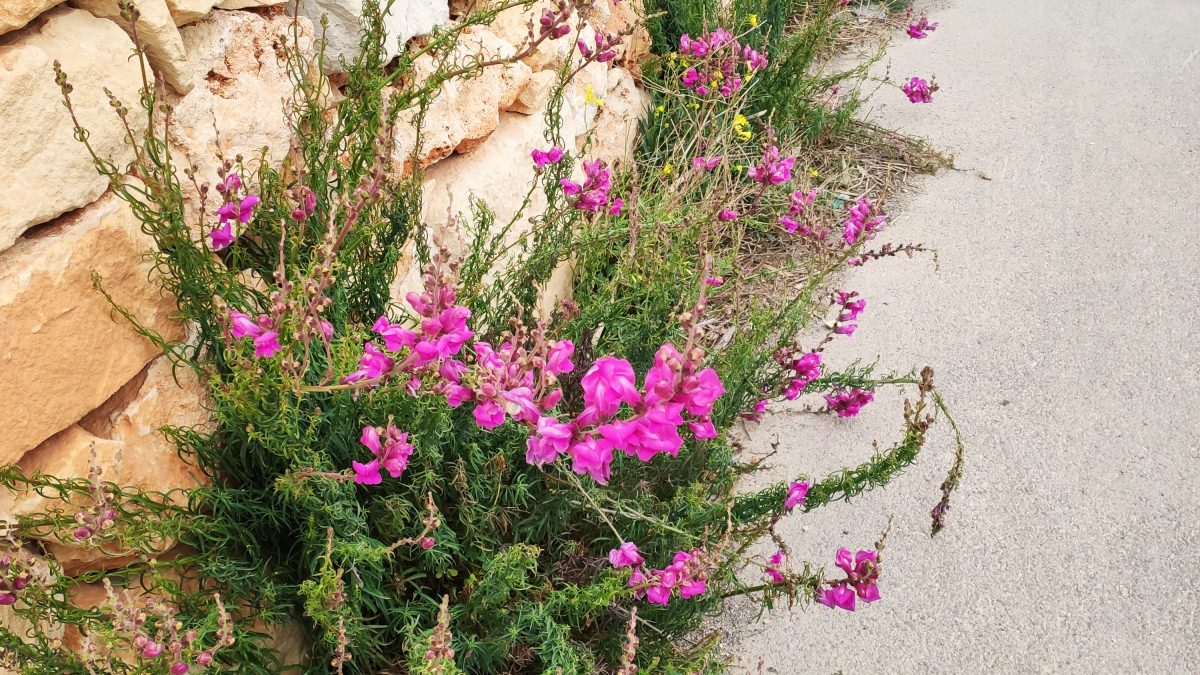 Rubble walls in Malta often serve a multitude of different purposes – not just as border between fields and to prevent soil erosion but also they act as a refuge for wildlife and wild plants.
Amongst the wild plants often associated with rubble walls is the Greater Snapdragon (Papoċċi Ħomor, Antirrhinum turtousum).
Pollination of snapdragon flowers is quite a complicated task! The pollinating insect, such as bees has to have a particular weight to be able to open the flower and collect the nectar, while simultaneously pollinating different flowers!
Did you know that snapdragons were used as decorative flowers, back during Roman Times, over 1550 years ago?