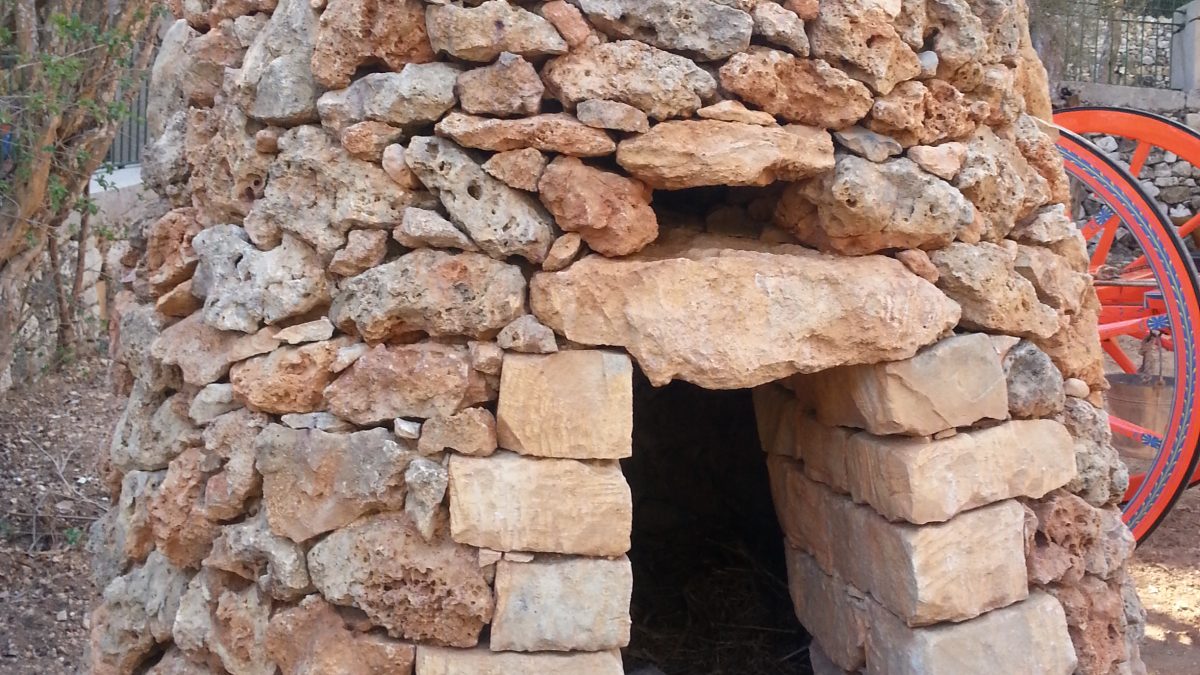 The Maltese countryside is characterised by fragmented agricultural holdings. One feature which attest to the role of agriculture, and which involve a certain level of craftsmanship is the Stone Hut, locally called Girna.

The stone hut is a single room, built using the typical coralline limestone rock of the Maltese Islands. Its wall is double, made of stones placed on top of each other without the use of mortar. The interior ceiling is dome-shaped, however the outside shape varies. Square or rectangular stone huts used to serve practical purposes of animal rearing, whilst circular huts are more common in the countryside because they are straightforward to build. Most of these huts were not used for human habitation, although air drying of local produce on the roof e.g. sundried tomatoes, carobs, figs was common.

At first glance, the stone hut is a simple feature, however further inspection expresses the great skill involved in its construction. Only one horizontal or arched slab is required for the entrance. Even the position of the entrance required knowledge of weather patterns, since the door usually faces east to gain maximum sunlight. The stone hut is not built on a foundation, and thus, the sturdiness of the whole structure reflects its construction.

The presence of the stone huts in the Maltese countryside is especially evident in the north and west of Malta, particularly because of more intensive agricultural practices.