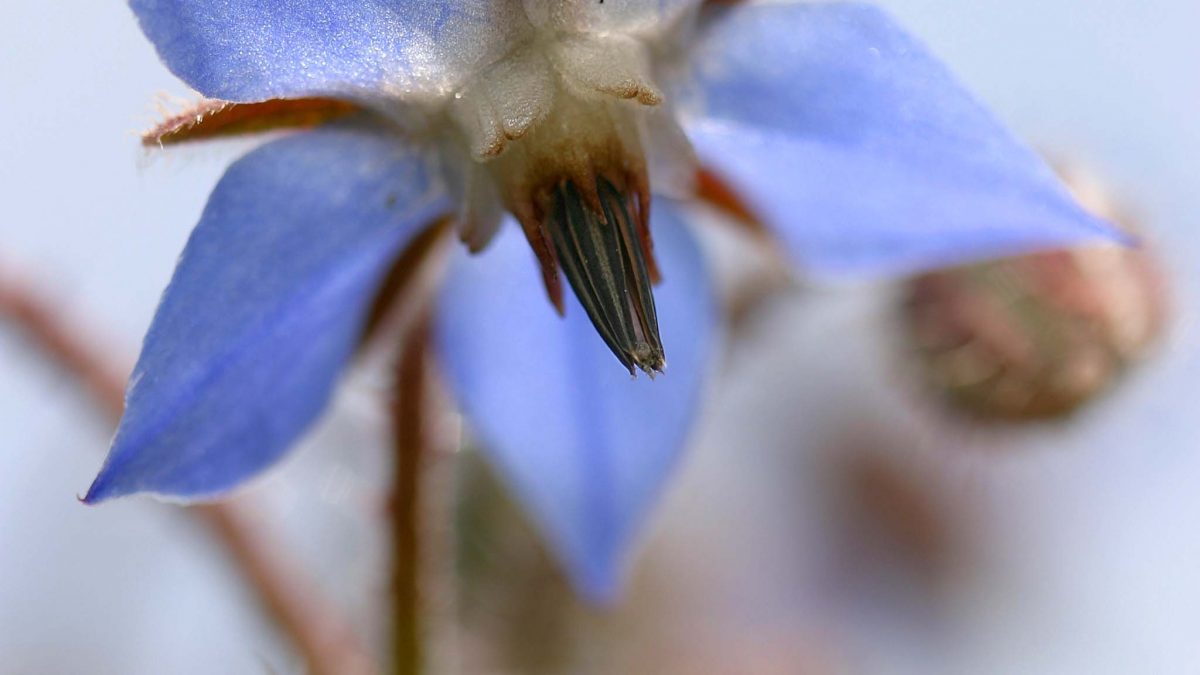 Among the 1100 species of wild plants that we may encounter in the Dingli countryside is the Borage (Borago officinalis, Fidloqqom) with both culinary and medicinal value. The plant may be easily recognised by the tiny bright-blue flowers with five petals, which hang from the stem. The plant is abundantly found in the Maltese countryside from January to May. As an indigenous species, borage is found throughout the Mediterranean, but also Europe, North Africa, South America, etc… Nowadays, borage is cultivated for the production of borage oil, a healthy supplement.

This plant has a long historical record of medicinal use, dating back over two thousand years. In Ancient Greece, this plant was given to gladiators before a fight. The traditional use of ‘borage for courage’ suggests that the plant has a positive effect on the adrenal glands. In Malta, one way of using this plant is by making an infusion from the leaves to soothe coughs. Apart from being an expectorant, it is also said that the borage is a diuretic, tonic, sedative, etc…

The flower and plants are edible, with the flowers having a subtle cucumber-like flavour. As a centre focusing on innovative means of communication, The Cliffs Interpretation Centre promotes plants such as the Borage in two ways: Gastronomy and FREE walking tours. When in season, borage soup is made with fresh borage leaves, and the flowers are sometimes used for garnish, according to availability. Ravioli Borage, pasta filled with borage leaves is another way of instilling environmental awareness on such a local plant. In one gastronomical dish, The Centre is informing visitors about the borage, which is found in the natural environment of Dingli, and the history and traditions of the local pecan nuts, whose trees were planted by the British in Buskett Gardens over two hundred years ago.

The latest upgraded FREE tours by The Cliffs Interpretation Centre, offer an authentic and innovative way by which all types of visitors learn about the environment through a hands-on experience, including current flowering plants such as the borage. The FREE Audiovisual and FREE Guided Walk along Dingli Cliffs and the surroundings promote a way by which visitors, together with a local personnel learn about nature, history, archaeology, gastronomy and local produce, whilst enjoying a stroll along the panoramic Dingli Cliffs.