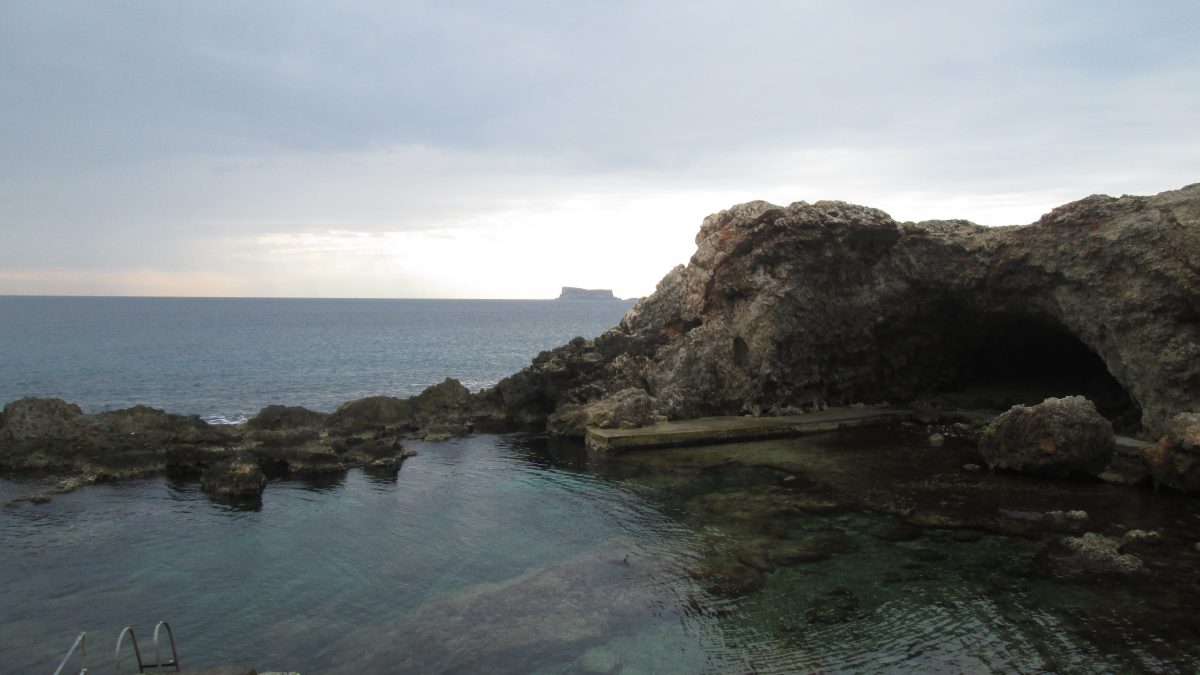 Sun, sand and sea seekers who arrive at The Cliffs Interpretation Centre during the hot summer months are often interested in the nearby beaches. The area of Dingli is dominated by coastal cliffs, however on opposite sides of Dingli Cliffs, there are two coastal areas which offer the possibility of enjoying the clear blue Mediterranean Sea; Għar Lapsi in the south and Ġnejna in the north.

Għar Lapsi is a small rocky inlet, nestled below a stretch of the Dingli Cliffs. The cove is like a natural swimming pool, surrounded by a rocky shoreline and divided into two inlets. The bathing area is very popular with the locals who come for a short swim, and with snorkelers and divers, due to the underwater shallow caves and the stretch of shallow reefs which lead to the open waters. The waters have a designated status as a Special Area of Conversation. The area of Għar Lapsi is not only known for its bathing zones, but the Magħlaq Fault occurs at the area as an outcrop of more than 2km along the coast.

The closest sandy stretch to the area of Dingli Cliffs is found at Ġnejna Bay. A rocky outcrop is amenable to bathers that are less keen on sand. The bay area of Ġnejna is separated from Għajn Tuffieħa Bay by the Karraba headland, whilst the protected beach at Ġnejna is surrounded by scree and clay slopes. At the back of the beach is Ġnejna Valley, whose freshwater course can be seen across the bay area especially during the rainy winter months. As Għar Lapsi, Ġnejna Bay is mostly frequented by locals especially during the hot summer months. Apart from being part of the SAC, the coastal cliffs along Ġnejna are designated areas of ecological importance and areas of high landscape value. The Ta’ Lippia Tower, which overlooks the bay area, had been built in 1637 during the times of the Knights of St. John as a coastal watchtower for communicating with other towers along the coastline of the island. The coastal configuration is dependent on geology and forces that have shaped the Maltese Islands. Whilst Dingli Cliffs do not offer spots for bathing, Għar Lapsi and Ġnejna Bay are often frequented by locals and a few tourists. 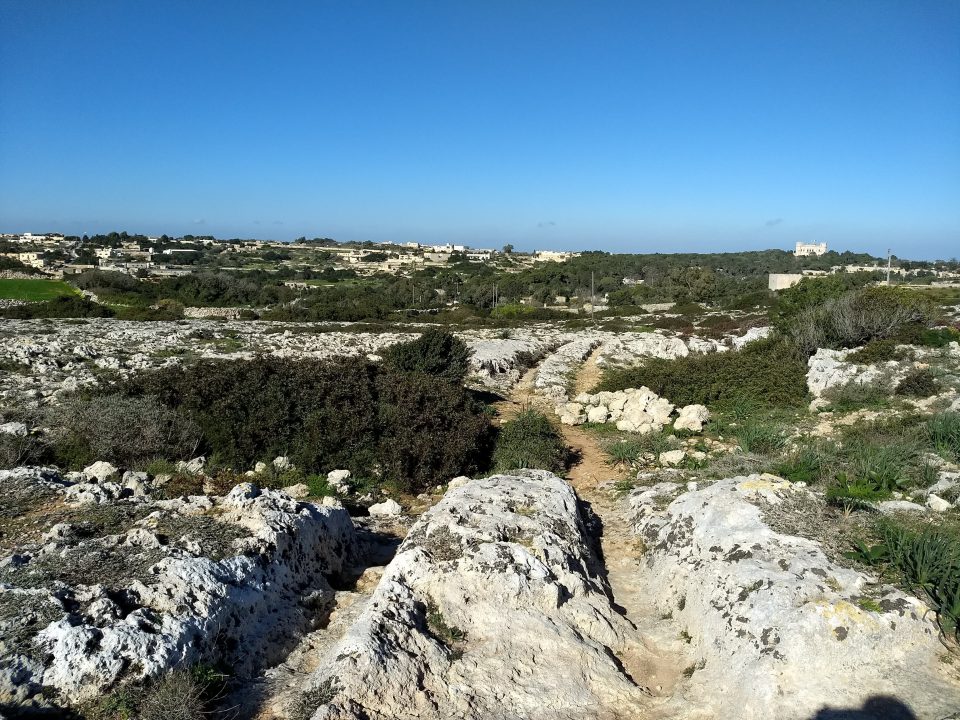