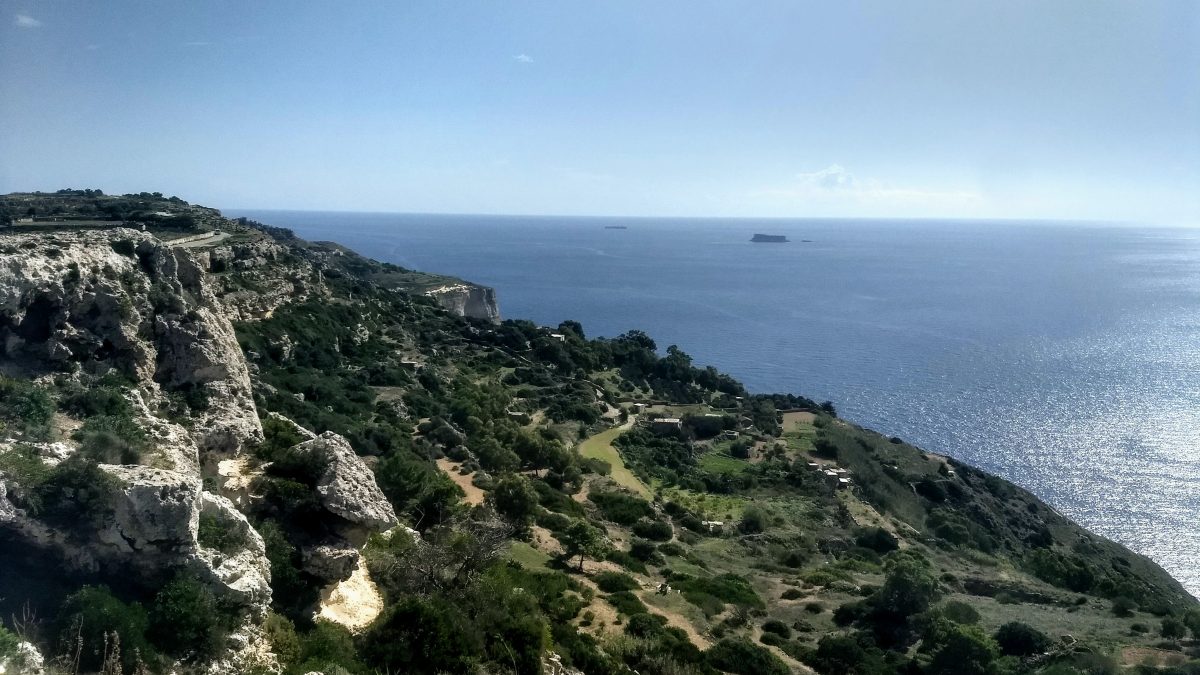 The origin of agricultural practices in Malta could be as old as the presence of man. Neolithic people were committed to agricultural life, and this is also evidenced by agricultural tools. Further on, during Arab rule, agriculture was the principal economic activity. In Malta, the practice of terracing possesses a long history, dating back to the Arabs, most probably owing their existence to the limited availability of land and the scarcity of natural resources on the islands.

Terracing is suitable for cultivation of Mediterranean slopes. A buttress of dry stone walls supports and stabilises the steepened slope at the terrace face to slow down or block soil erosion. Since the walls contain no binding mortar, rain water is able to flow and drain freely through the gaps between the stones. This means that terracing and rubble wall construction have allowed the extension of cultivation up slopes that would have been considered marginal.

Today, the main attraction of the Dingli Cliffs are the breathtaking cliffs themselves, but below the first tier of cliff, one may see stretches of countryside with a terraced sloping ground and partly under cultivation, evidenced by the occasional fields.

Photographic evidence of Dingli Cliffs from the 1920s, taken from aerial photos are a clear indication that farmers used to work the land to the lowest slope possible, with the landscape being altered into stepped terraces for agriculture. Rubble walls, indicating the size of the fields, were well maintained in the past, when the main activity in the Dingli village was subsisrtence agriculture . The motto of the village, Non Segnis Quies Ruris (Il-kwiet tar-raba’ mhux għażżien), translated to Rural quietness is not laziness, refers to the fact that farmers used to be silently but actively working their fields. Animals were kept in caves and farms to aid in the daily farming practices, and vegetables and fruits were the main crops.

Due to the limited access to reach down the cliffs, major land abandonment occurred in the 1960s. Today, upon looking down the cliffs, one may see many long abandoned terraced fields, interspersed with patches of natural garrigue and maquis vegetational communitites indicating ecological succession. Till today, the major constraints confronted by the agricultural sector include lack of sufficient water, the structure of land ownership and land fragmentation. On marginal terraced slopes, with poor soils, difficult access and small field sizes, land abandonment is common.  The steepest terraced slopes need a lot of maintenance to achieve slope and soil stability. Unfortunately, with field abandonment, retaining rubble walls collapse resulting in land degradation and eventually soil erosion.