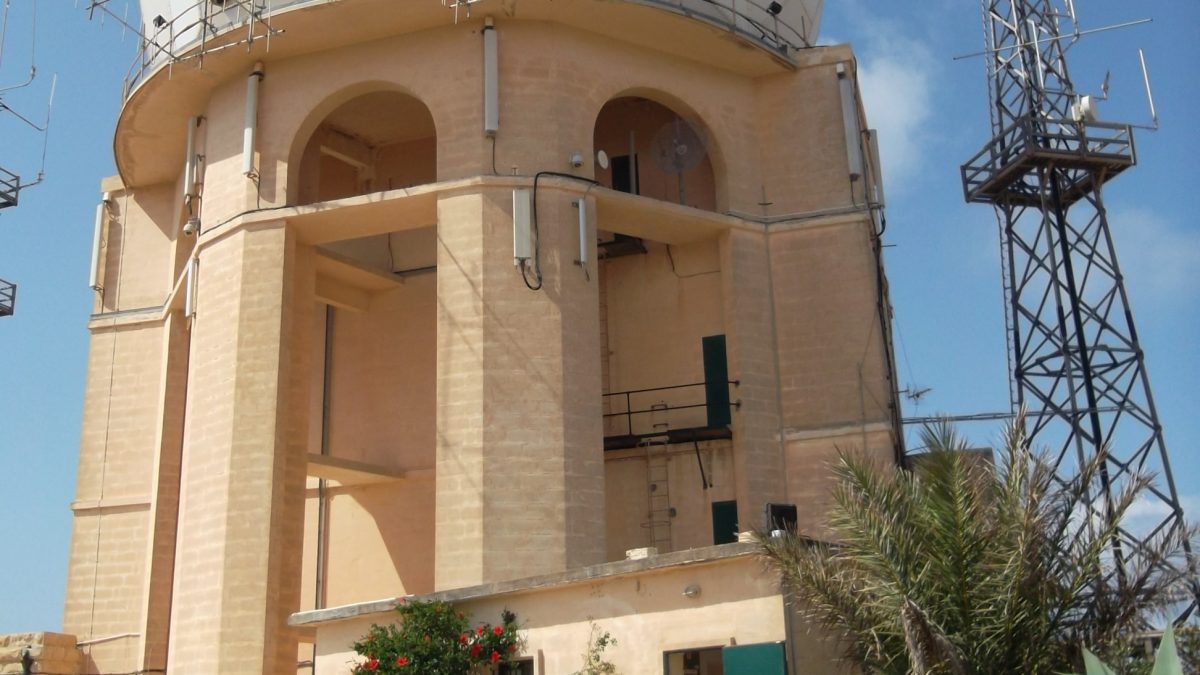 Just 100m from The Cliffs Interpretation Centre is one major landmark that has characterised Dingli Cliffs for 77 years – The Radar.

The Dingli Radar was the first station in the Maltese Islands, mounted at Dingli Cliffs on 27th March 1939 to plot aircraft in the vicinity of Dingli Cliffs.

The Radar also has an underground radar complex that was used by the British in the Second World War. This system was part of a triangulation arrangement, connecting Dingli Cliffs to Tas-Silġ and Wardija. Obtained information passed to the filter room at Lascaris War Room in Valletta, then forwarded to plotters who placed counters on a map. RAF fighters would then have been able to intercept enemy formations.

A book launch by Major Tony Abela, accompanied by an opening event at the Radar, was hosted at The Cliffs Interpretation Centre on 29th March 2014 to commemorate the 35th Anniversary, when the Maltese took charge of the Air Traffic Systems from the British RAF. In fact, nowadays, the Technical Station of Malta Air Traffic Services Ltd. caters for all the technical needs of the Radar.